Lee Andrew Forman is a writer and editor from the Hudson Valley, NY. His fascination with the macabre began in childhood, watching old movies and reading everything he could get his hands on. He’s a third-generation horror fanatic, starting with his grandfather who was a fan of the classic Hollywood Monsters. When Lee isn’t crafting horrifying creatures and tales of terror, he spends his time playing guitar and writing music.

An owner of Sirens Call Publication, Lee currently has three published books, The Bury Box, Zero Perspective, and Fragments of a Damned Mind, along with several short stories available on Amazon. He’s also been published by multiple publishers in both the fiction and non-fiction genres.

Nina D’Arcangela is a quirky horror writer who likes to spin soul rending snippets of despair. She reads anything from splatter matter to dark matter. She’s also an UrbEx adventurer who loves to photograph abandoned places, bits of decay and old grave yards. Nina is the co-founder of Pen of the Damned; a co-owner of Sirens Call Publications and Phrenic Press; and the resident nut-job and sole anarchist at Dark Angel Photography. 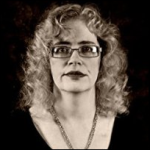 A steadfast and proud sci-fi and fantasy geek, A. F. Stewart was born and raised in Nova Scotia, Canada and still calls it home. The youngest in a family of seven children, she always had an overly creative mind and an active imagination. She favours the dark and deadly when writing—her genres of choice being horror and fantasy—but she has been known to venture into the light on occasion. As an indie author she’s published novels, novellas, and story collections, with a few side trips into poetry.

Mark Steinwachs is a roadie who retired to shop life and is now GM at Bandit Lites in Nashville, TN. Over a decade traveling in tour buses plus time as a United States Marine, and a rave DJ/promoter has given him a unique outlook in his storytelling. He writes in the wee hours of the morning fueled by iced coffee. Mark is also a seeker of rare and fine chocolates. Mark recently released his first short story collection, The Night. 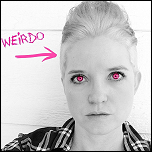 Mercedes M. Yardley is a whimsical dark fantasist who wears poisonous flowers in her hair. She is the author of Beautiful Sorrows, the Stabby Award-winning Apocalyptic Montessa and Nuclear Lulu: A Tale of Atomic Love, and Pretty Little Dead Girls. She recently won the prestigious Bram Stoker Award for her story Little Dead Red. Mercedes lives, creates, and crafts in Las Vegas with her family and menagerie of battle-scarred, rescued animal familiars. Mercedes is a member of the Horror Writers Association and co-chair of the Las Vegas HWA Chapter. 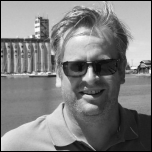 Lydia is that friendly monster under your bed waiting for you to stick a limb out from beneath the covers. She tends to frequent the nightmares others dare not tread. When she’s not trying to shred scraps of humanity from the unsuspecting, she writes stories and poems of the horror and dark fiction variety. Her work can be found not only here, but in The Ladies of Horror Picture-prompt Challenge on Spreading the Writers Word (spreadingthewritersword.com).

Charles Gramlich writes from the piney woods of south Louisiana. He has authored the Talera fantasy series and the SF novel Under the Ember Star. His stories have been collected in, Bitter Steel, Midnight in Rosary, and In the Language of Scorpions. He also writes westerns as Tyler Boone. His books are available at Amazon and Barnes & Noble.

Scarlett R. Algee is managing editor at JournalStone Publishing and Trepidatio Publishing, and the author of the fiction collection Bleedthrough and Other Small Horrors. Her short story Dark Music, written for the podcast The Lift, was a 2016 Parsec Awards finalist, and her flash-fiction piece Bone Deep is a 2020 Pushcart Prize nominee. She lives in rural Tennessee with a beagle cleverly disguised as a Hound of Tindalos. 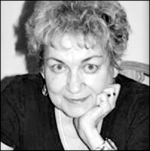 Marge Simon lives in Ocala, Florida with her husband, poet/writer Bruce Boston and the ghosts of two cats. She edits a column for the HWA Newsletter, “Blood & Spades: Poets of the Dark Side.” Marge’s poems and stories have appeared in Pedestal Magazine, Asimov’s, Crannog, Silver Blade, Bete Noire, New Myths, Daily Science Fiction. She attends the ICFA annually as a guest poet/writer and is on the board of the Speculative Literary Foundation. She has won the Rhysling, several Stoker’s and the Strange Horizons Reader’s Award. She is the second woman to be acknowledged by the SF &F Poetry Association with a Grand Master Award.

Pen of the Damned Alumni

One thought on “Authors of the Damned”